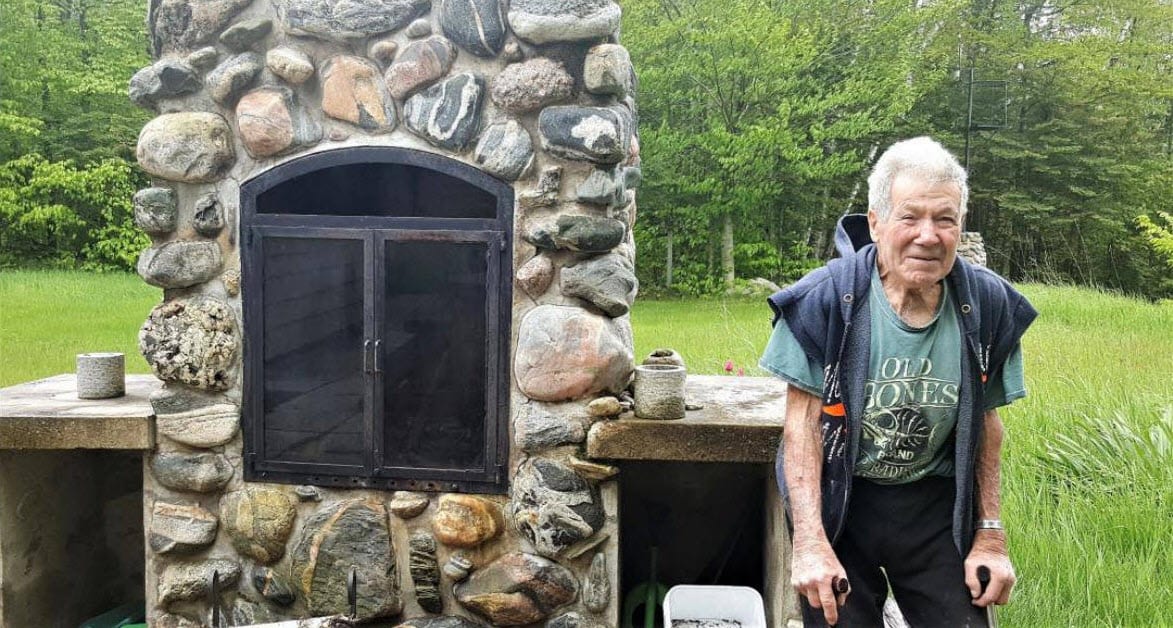 Some examples of Dick Burris' stonework found throughout the island. Click on pictures to view full size images, 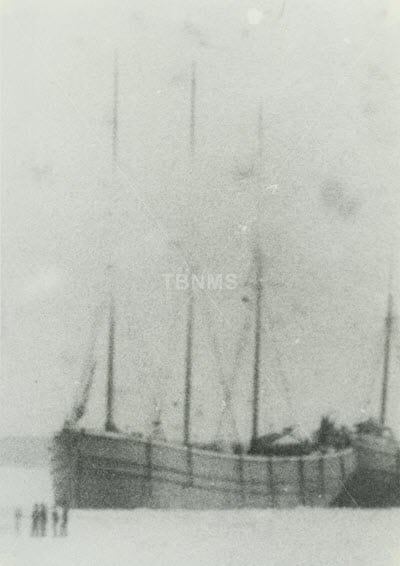 There were a few young divers with a friend who wanted to dive on a shipwreck called Bessie Smith in Iron Ore Bay on the south end of Beaver Island. The wreck has two sections that lay in about 12 feet of water. We gave him our usual SCUBA textbook class which was simply "hold your breath while ascending and you'll die.” Then he was prepared for the adventure of his lifetime.

There was enough spare gear that we could scrounge between us to fit this chap for a dive in the chilly water of the bay. I of course had some ripped wet suits, extra tanks, out of date regulators and tank harnesses. One thing appeared to be missing. He needed a weigh belt to allow him to submerge, otherwise he could not overcome the flotation of the neoprene suit. I always had log chains with me, for multiple purposes. "Here we go! Instant weigh belt!" It worked just fine, he was able to submerge almost perfectly. He was just ahead of us getting into the water, and everything was going well. There was about a 2 foot swell that day which was par for diving. All of a sudden, we heard a frantic "HELP!”. Then silence, then another "HELP!”. He had gotten his chain weight belt snagged on the buoy rope that was tied firmly to the shipwreck. He could reach the surface just long enough to scream “HELP!” and then a wave would cover him. He repeated this again and again, louder each time. There was a scurry to come to the rescue of the poor guy, and we quickly had him freed. So much for his SCUBA training and introduction to such a fun sport! Every time I meet the divers that were there that day we talk about this foolishness and laugh a lot. I still have witnesses to that fiasco, two of whom we see every year, Beans and Duff Conner. We still say, "All of we FOOLS ain't dead yet!"

Some years later, a friend of mine came to Beaver Island to visit. Jim was a school teacher, and was not too athletic. He expressed that he too would like to experience diving on a shipwreck. We elected to make a shore ... Read more 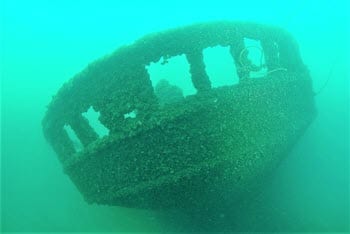 My first visit to the shipwreck Cayuga was in 1967. I had only been diving for a year, and I was anxious to explore this and other shipwrecks in the archipelago. There was a story going around about this shipwreck saying that there had been an attempt to raise it and that the lifting equipment was left there after an ill-fated attempt to salvage the vessel.

The fascination of viewing this fabled vessel was a driving quest for me, as I'm sure it was for the few sports divers of at that time. Sport divers were a new breed, inspired by "Sea Hunt" and Jacques-Yves Cousteau's adventures on the TV screens of this time.

I found one of the Charlevoix divers that someone had told me had been diving on Cayuga, and he volunteered a "range" and also depth of water to locate the shipwreck. The range was given as “in line with the east side of "Ile Aux Galets", an island lighthouse tower, to seven mile point on the mainland. Then find the only 100' deep basin in that range.” “Skillagallee” is a popular nickname for this island.

When I checked out this information, the depth sounder I had onboard my boat, Burr-Is Bell, indicated a huge image on the bottom. We were above Cayuga. I used this range and water depth for years until Loran, and later... Read more 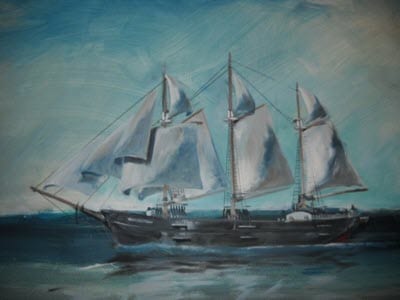 Years ago, I heard that there was an operation to salvage the centerboard from an abandoned schooner barge named Chandler Wells. She had run aground in the dark while picking her way through the Beavers. The steamer Keystone was towing her, losing her south of Whiskey Island Shoal in the storm of November 20,1884. She broke up a few days later and was a total loss. Registered in Port Huron, Michigan, she was bound from Manistique, Michigan for Buffalo, New York with a cargo of lumber.

When the schooner barge was left on the reef, two men who remained aboard as watchmen almost perished. These men were later rescued by Tip Miller, a light house keeper from Beaver Island, serving before the Coast Guard was established there.

I wanted to get in on the wreck’s centerboard salvage operation for the adventure of it, so I horned my way in. On September 25,1976 Art Reibel, Jim and Mike Sawtell, and Bob Timms searched the shallow shoals south of Whiskey Island and found the centerboard of the shipwreck.

In early October, a crew of divers began attaching 250-gallon drums and 55-gallon drums to the huge box that holds the ship’s centerboard. I was there to wire down some of the 55-gallon barrels with eye screws and fine cable. On October 10 we brought up the centerboard and box and lashed tight to the bottom of our lifting barge. We were ready for the tow to Paradise Bay where the salvaged prize could be stored for the winter and later shipped to Charlevoix in the spring. ...Read More