The island through the ages

FROM MAKING HISTORY TO SHOWCASING IT

Our museum was built in 1850 by the followers of King James Jesse Strang, and used as a print shop.

Northern Michigan’s first newspaper was published in the Print Shop, as well as religious tracts and Strang’s Mormon doctrines. 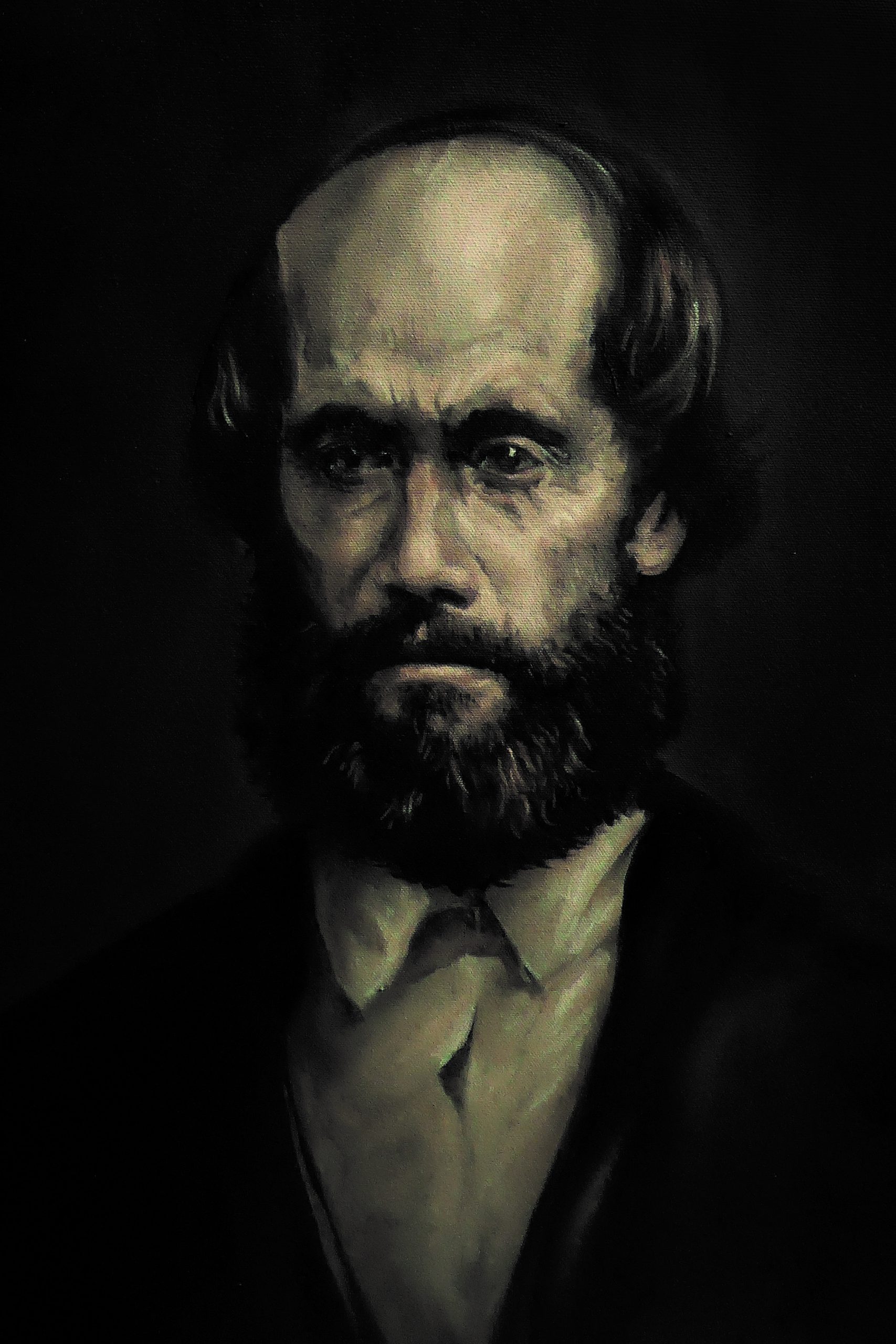 Strang led his people to Beaver Island, which he described as paradise, a place where they could worship free of persecution. On the Island he was crowned as King of his people. In 1856 he was mortally wounded near the water’s edge by two of his former supporters. A special room in the museum tells the story of his life and his followers.

Following Strang’s death, the Mormons were expelled from the island by a resentful mob which came across the lake to reclaim power over this strategic port, ending a brief yet dramatic era.

The Print Shop is now the general museum for the Beaver Island Historical Society. Besides displaying the story of Strang and his times, it tells the story of the Native American inhabitants, early Irish life, the Island’s musicians, and Feodor Protar, the Island’s most cherished man. The museum also has a collection of oral histories, diaries, genealogical records, land records, and archival photos.

The archipelago of Beaver, High and Garden Islands in Lake Michigan has a long, deep history with the Odawa of Waganakisisng, or Odawa of the Land of the Crooked Tree. The Waganakising Odawa have traditionally called Emmet County home for centuries, but their home also included the Great Lakes. Renowned for their skill at navigating the Great Lakes in trade and fishing, the Odawa counted thousands of islands in the Great Lakes as critical to their cultural, historical, and economic identity. Beaver, High and Garden Islands were home to multiple Odawa villages well into the 20th century. Indeed, the Odawa at Waganakising requested the islands be included in the Washington D.C. treaty of 1836 as part of their homeland. This treaty was the first major treaty between the northern Michigan Odawa and the United States. 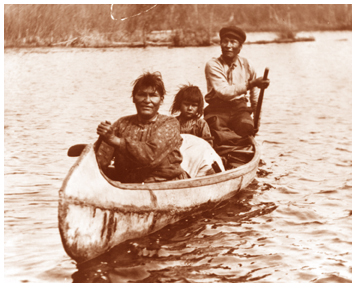 Explore our Native American Basket Collection from Beaver and Garden Islands. Pictured here is a small round basket was woven from Sweet Grass with quill decoration and a hanging basket constructed from Birch Bark. 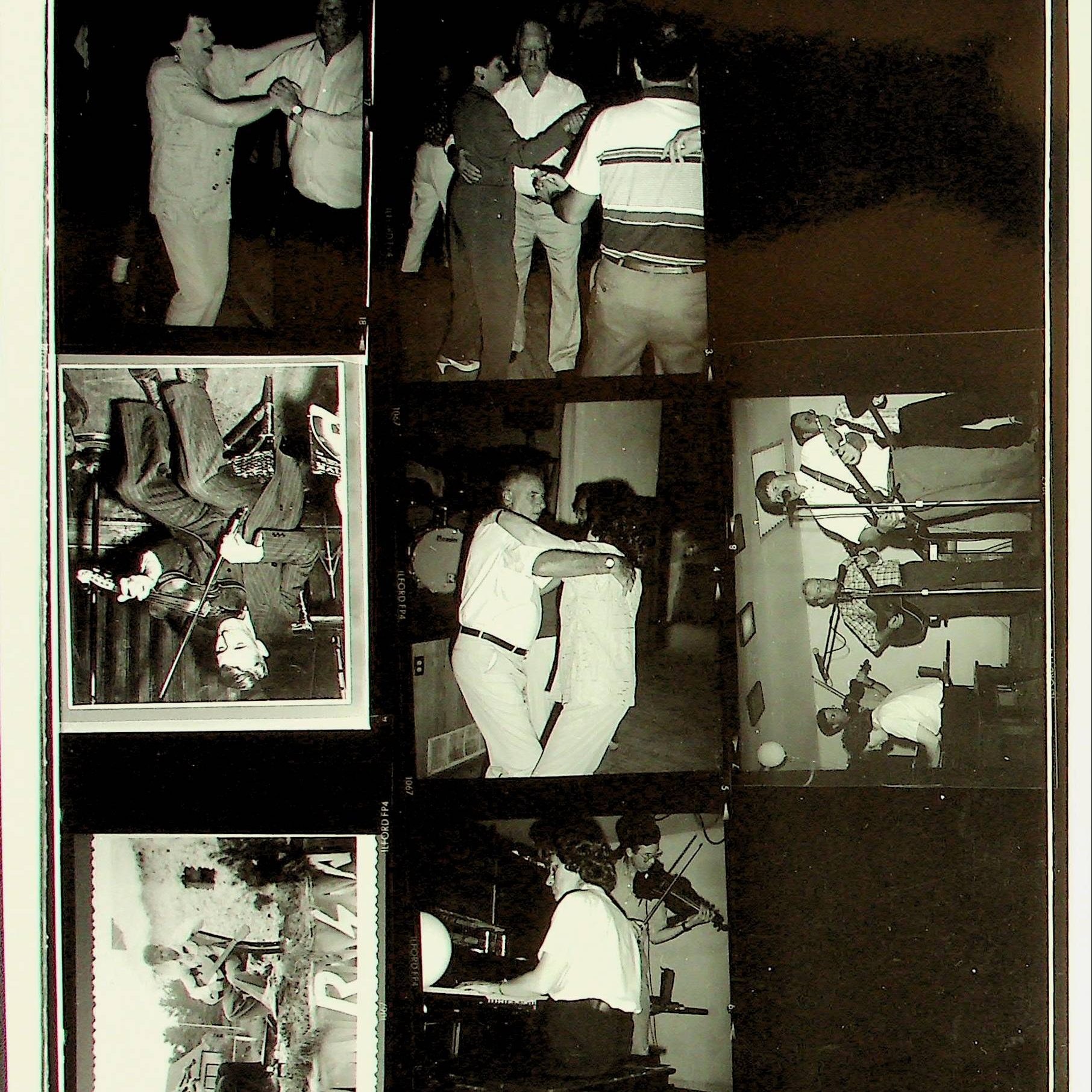 The Beaver Island Historical Society maintains a robust photo archive which contains a large number of images of Island musical celebrations, past and present. 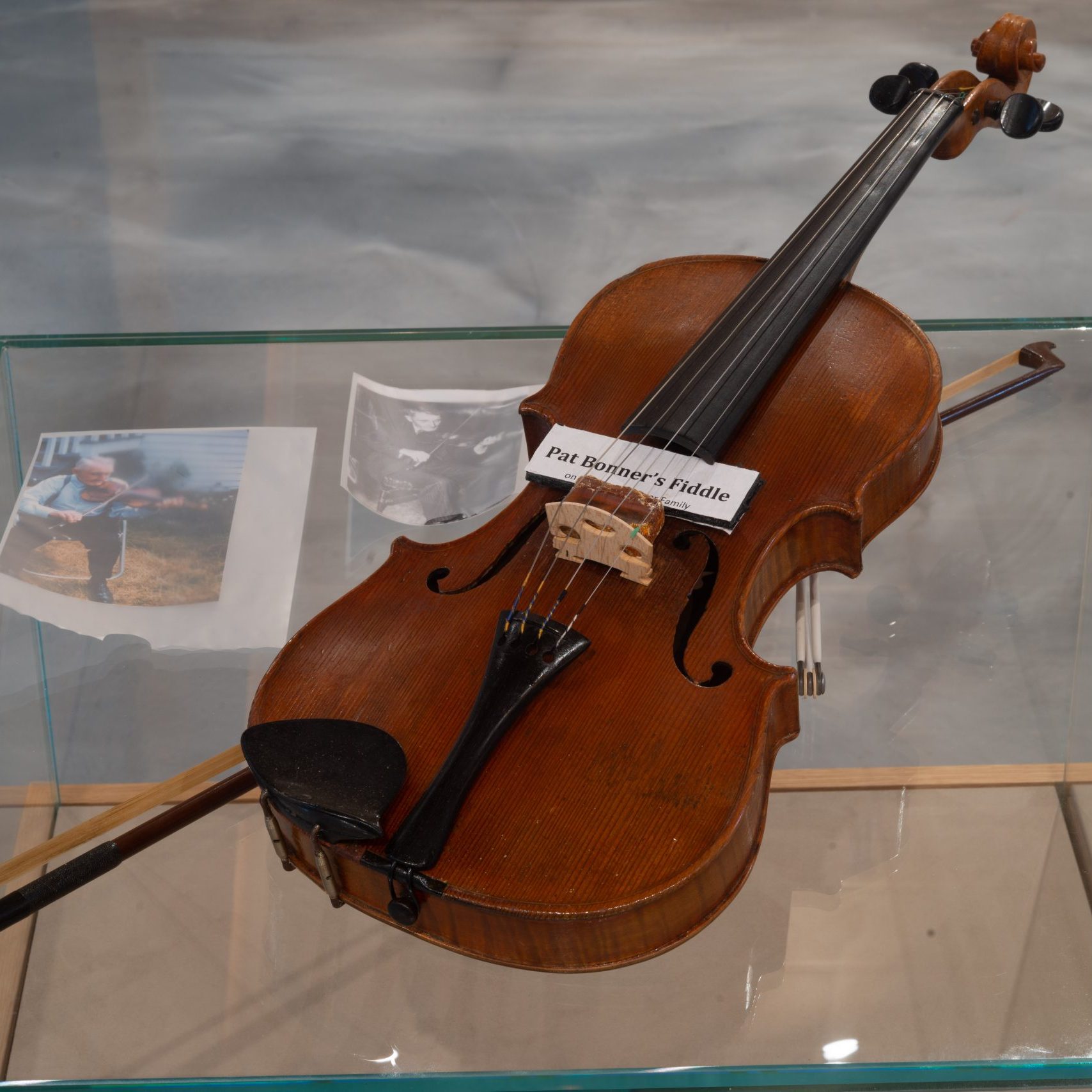 Patrick Bonner (1882-1973) WAS THE LAST OF Beaver Island traditional fiddlers. Bonner’s fiddling was a unique blend of Irish and American styles. Many of the tunes heard on Beaver Island were brought from Donegal by the Irish settlers of the Island, the Lumber Camps of the North Woods or on Schooners that sailed the Great Lakes. 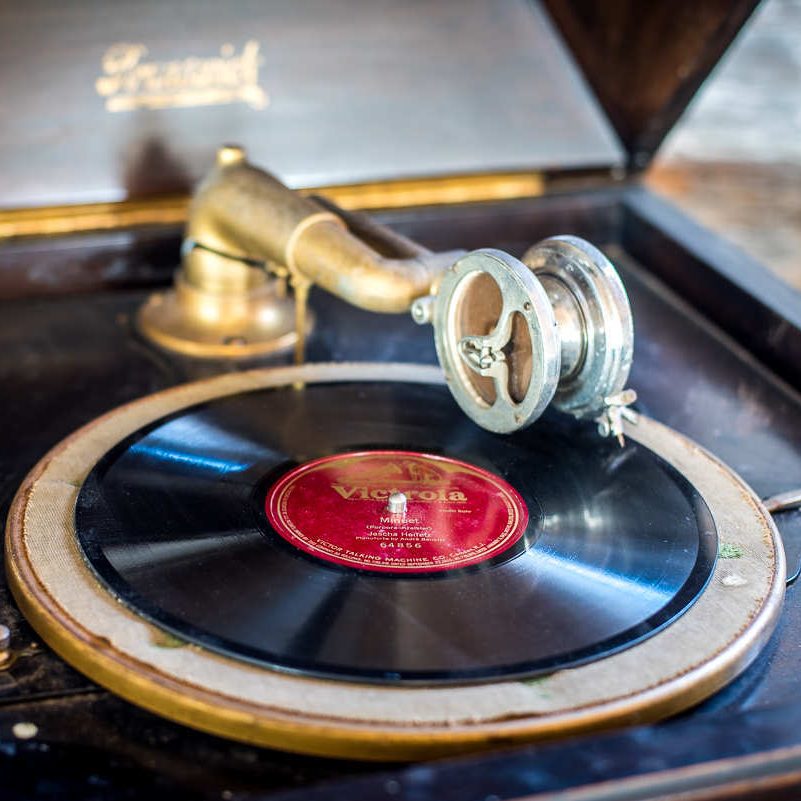 Check out this Brunswick Balke Collender phonograph, which used to entertain Islanders circa 1915.

Items of the past...

What did life used to be like on Beaver Island? The Print Shop is home to many artifacts that reveal how people lived in the past on the island. Our collection illuminates the tools that went into caring for and keeping a home for early Islanders, including kitchenware, clothing, and other home goods.

...and the people who used them. 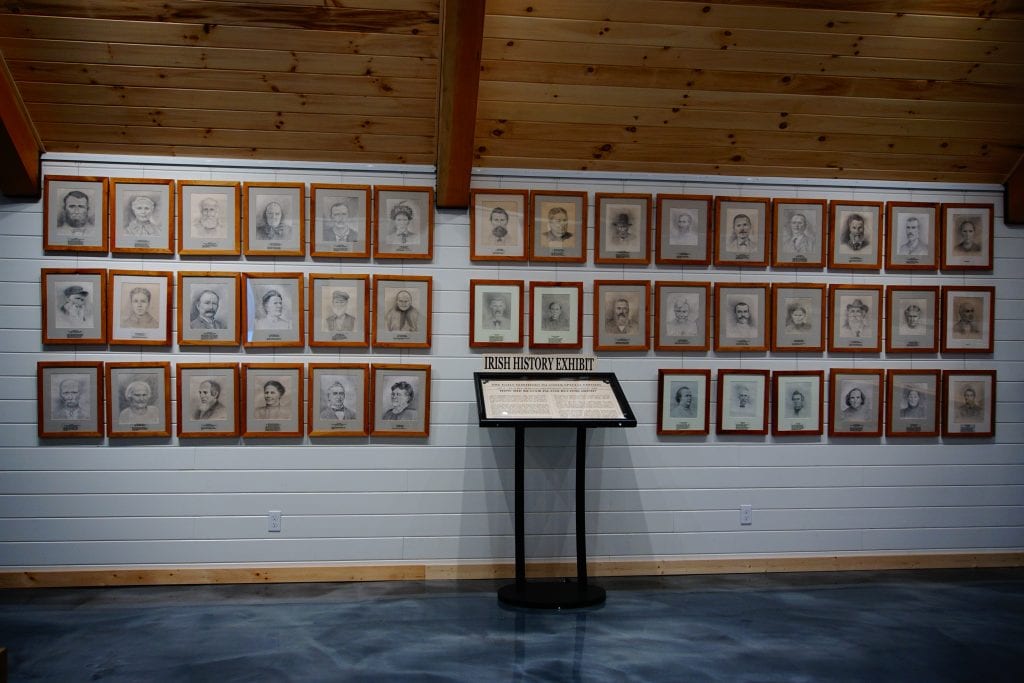 The drawings featured in the Print Shop are a portion of Helen Collar's (1902-1996) incredible work documenting the history of Beaver Island's early Irish immigrants. A remarkable Island historian who studied genealogy at the University of Chicago, she collected oral histories, consulted official immigration, land, and census records, and paid site visits to the National Archives and to Ireland. Helen drew these sketches from old family photographs, verifying thier likeness with living relatives of those pictured. 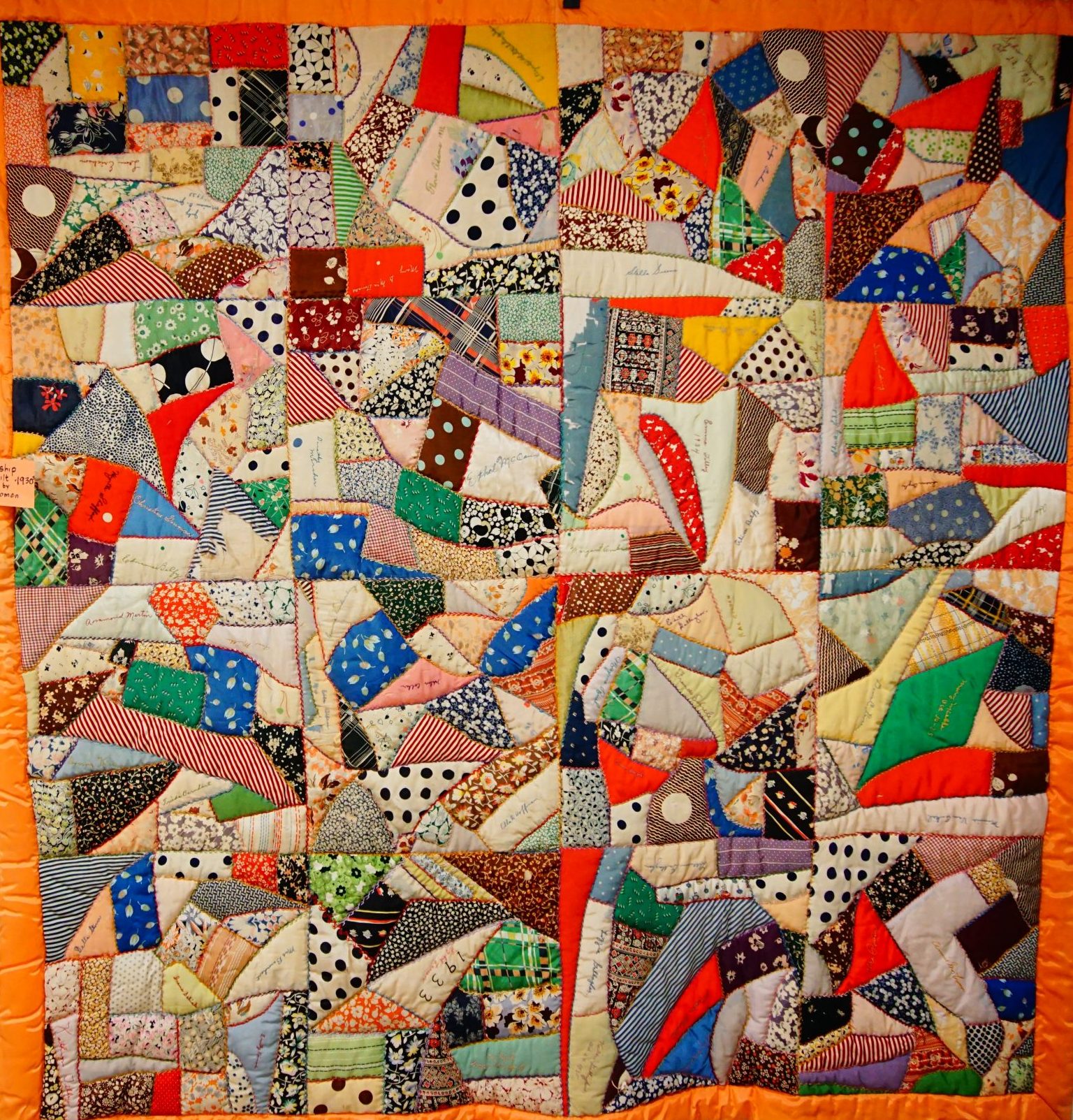 This quilt, hanging in the Print Shop's expansion, was sewn by Island women of many different families; many contributors of the quilt stitched their names into their patches. It has been preserved and is now on display.

This exhibit honors Beaver Island women who accomplished extraordinary things. It tells the stories of women who transformed the island, raised families, and stretched themselves beyond what was expected.

LEARN ABOUT THE GUTSY WOMEN OF BEAVER ISLAND

Zoltan Sepeshy (1898-1953), second director of the Cranbrook Art Academy, originally painted this mural in the 1930s for the Lincoln Park Post Office near Detroit. Commissioned in 1939 through one of President Roosevelt’s New Deal programs, the “Section of Fine Arts,” the mural hung in the Lincoln Park Post Office until 1967, when it made its way to Beaver Island. For the past fifty-four years, the mural has been cared for by the Beaver Island Historical Society, and in September 2019, the Society shipped the mural to Detroit for a complete conservation treatment. The thirteen-foot long, egg tempura mural, Hauling in the Nets, depicts three brawny fishermen as they struggle to lift a net-load of whitefish into their small boat. Hover over the image below to see the mural after and before its restoration.

Beaver Island’s geological history started about 600 million years ago with the deposition of sand, silt, gravel, and clay at the bottom of a shallow sea. The island is incredibly ecologically diverse. Sand dunes, sand beaches, cobble beaches, inland lakes, wetlands (including bogs with floating mats and marshes), hardwood and conifer forests, fields, and other habitats support many plant and animal species. Compared to other islands throughout the Great Lakes, Beaver Island is outstanding for its ecological richness.

The Print Shop Museum features the first legally shot dear and a stuffed beaver, as well as guides and information about natural history walking and hiking tours of the island.